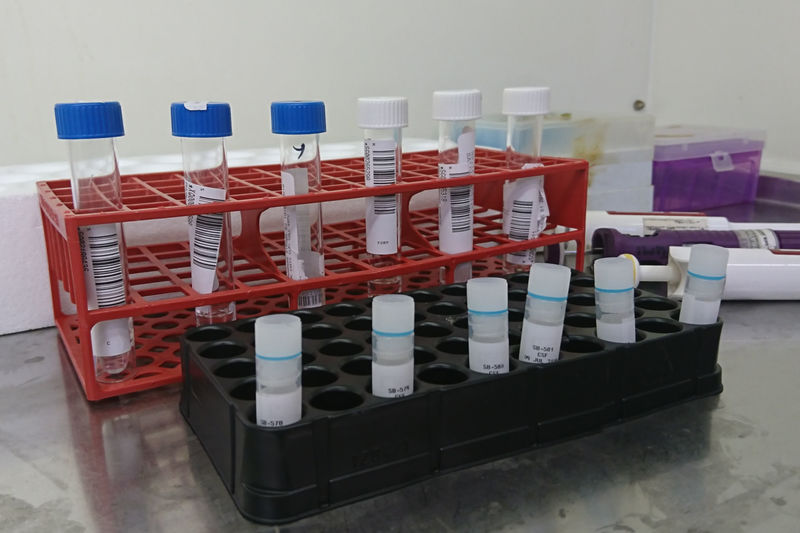 TB meningitis is a major cause of death in Southern Africa. Early diagnosis is the key to improving the health outcomes of this disease, but the current diagnostic tests are not as quick or as sensitive as they need to be. That is changing thanks to researchers at Antrum Biotech and the University of Cape Town.

Antrum Biotech and the University of Cape Town have developed a new rapid test able to diagnose tuberculosis (TB) meningitis within two hours. The test is currently undergoing validation to enter the market.

TB meningitis can cause death or disability, especially in children, but is easily treatable if diagnosed early

Two percent of TB cases, which are caused by Mycobacterium tuberculosis, develop into an infection of the membranes around the central nervous system (meninges). TB meningitis can cause death or disability, especially in children, but is easily treatable if diagnosed early.

“The greatest need for the test is in populations with a high burden of TB and HIV; particularly in sub-Saharan Africa where the test will be evaluated and launched,” she says. “The long-term goal of this project is to reduce global TB meningitis deaths.”

The new Antrum Biotech test will compete against TB meningitis tests that either take too long to detect Mycobacterium, or are not sensitive enough to find it when it is there. The test surpasses smear microscopy and the WHO-recommended GeneXpert diagnostic in sensitivity, and since it takes a few hours to yield results, it is much more rapid than growing a culture in a lab.

“Detection under the microscope only works 5% of the time. Smear microscopy is a very poor test,” says Professor Keertan Dheda, the director of the Centre for Lung Infection and Immunity at UCT and principal investigator of the clinical evaluation studies.

“Another existing test for TB meningitis involves growing the bug in the lab in a culture, and there are problems with that too,” he says. This culture-based test has a sensitivity of only 60-70%, and it can take four to eight weeks to give a result. “By then most people would have died, or they would have developed severe disabilities,” says Dheda.

The GeneXpert DNA detection test for TB is widely used in South Africa, but studies show that it has limited sensitivity. “Although it is rapid in getting the answer on the same day, the problem is that it detects TB meningitis in only 50-60% of cases; we have a major unmet need for a more sensitive test,” says Dheda. “Preliminary results from our studies show a vast improvement in sensitivity when compared to GeneXpert.”

The test surpasses smear microscopy and the WHO-recommended GeneXpert diagnostic in sensitivity, and since it takes a few hours to yield results, it is much more rapid than growing a culture in a lab.

Funding from the Finnish – Southern African Partnership Programme BioFISA II has allowed the researchers to develop the test further, and it is now undergoing a series of validation studies in southern African populations to pin down its sensitivity more accurately. This will include comparative sensitivity to GeneXpert.

“The Southern Africa Network for Biosciences (NEPAD SANBio) funded collaboration between the University of Malawi College of Medicine, the Biomedical Research Training Institute in Zimbabwe, and Antrum Biotech was a first; this has solidified our partnerships for future research, development and capacity building across African countries,” says Radia.

Antrum Biotech and its partners plan to continue with validation studies in other forms of extra-pulmonary TB even after the test goes on sale in the near future.

“There will be ongoing studies by different groups of people in different parts of the world to confirm the results that we find in southern Africa,” Dheda says.

Read more about the Centre for Lung Infection and Immunity…

About Antrum Biotech
Antrum Biotech is a UCT spin-off company founded in 2008 with a remit to commercialise health-related discoveries emanating from UCT. The company specialises in developing rapid diagnostic tools for respiratory and infectious diseases with an emphasis on poverty-related diseases. The development of the IRISA-TBTM test was based on major drawbacks identified with current extra-pulmonary TB diagnostics. With these in mind the company, alongside UCT, developed the IRISA-TBTM test that uses standard technology available in diagnostic labs. It has shown preliminary potential to diagnose non-pulmonary forms of TB that were previously notoriously difficult to detect and will replace less accurate products with a rapid, more sensitive test thereby improving access to life-saving treatment.

Visitation will be arranged for compassionate reasons and in end-of-life situations by the hospital general manager in accordance with the Netcare Standard Operating Procedure in this regard, which outlines the relevant guidelines to ensure a compassionate approach in these circumstances regardless of a patient’s COVID-19 status. For more information please contact us on 021 442 1800.

We use cookies on our website to give you the most relevant experience by remembering your preferences and repeat visits. By clicking “Accept”, you consent to the use of ALL the cookies.
Cookie settingsACCEPT
Manage consent

This website uses cookies to improve your experience while you navigate through the website. Out of these, the cookies that are categorized as necessary are stored on your browser as they are essential for the working of basic functionalities of the website. We also use third-party cookies that help us analyze and understand how you use this website. These cookies will be stored in your browser only with your consent. You also have the option to opt-out of these cookies. But opting out of some of these cookies may affect your browsing experience.
Necessary Always Enabled
Necessary cookies are absolutely essential for the website to function properly. This category only includes cookies that ensures basic functionalities and security features of the website. These cookies do not store any personal information.
Non-necessary
Any cookies that may not be particularly necessary for the website to function and is used specifically to collect user personal data via analytics, ads, other embedded contents are termed as non-necessary cookies. It is mandatory to procure user consent prior to running these cookies on your website.
SAVE & ACCEPT